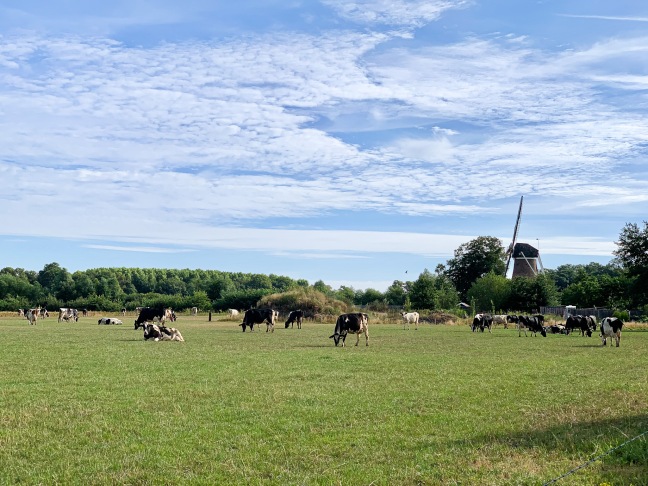 It’s been only two weeks, but it feels longer and shorter at the same time. Two weeks since I deleted Instagram app from my phone. Not because I’m quitting social media, I’m still on Twitter daily, but because I felt that Instagram was making me a little bit unhappy. I can’t tell you why, I can’t pinpoint one reason for it. I think it was just the general tiredness of it. I felt like I was scrolling for hours through other people’s lives.

It’s funny how I don’t really miss posting on there, but what I’ve missed a couple of times in those two weeks was scrolling, watching other people’s stories. Which says enough about how I was using Instagram lately and it wasn’t the best way to make me feel happy. I think that I used it a little bit to disconnect from my own life, to find a way not to do the things I should be doing. The things I actually really want to be doing, but I’m scared to do.

I was lying in bed one evening and doing my final scroll for the day when I asked myself, why was I doing this? Why wasn’t I reading a book instead? And there and then I simply deleted Instagram from my phone, I felt so tired of it at the moment that it was the only thing that came to mind. Just after that I decided to stay off it till the end of August and decide then how to proceed.

Am I missing it? A bit, but more as in the fear that I’m missing something important, that something is happening without me knowing about it. Yes, the big FOMO has been definitely present for the past two weeks. But at the same time a huge relief of not being in the middle of the storm that was apparently happening on the app. I saw it on Twitter of course, the complains about the reels, the new look, the algorithm, the whatever other things Instagram was introducing at the moment.

I was so happy not to be there, to be able to scroll past all those conversations on Twitter and don’t care. It doesn’t concern me, I’m not there.

What surprises me times and times again is that people think that Instagram, or actually Facebook/Meta, are there to make them happy. They’re not. They are a big corporation which need to keep their shareholders happy. They don’t care if we prefer photos or reels, they care about what is bringing them more money.

Going back to old Instagram is impossible, if only because the people being in charge are not the same who created it. Saying to the Instagram CEO that they could go back to what it was before doesn’t make sense. He didn’t create the app, he took it over to make a profit, not to keep it the way it was.

For now, it’s still hard to be off the app, but it’s also good. My life has got a bit quieter, a bit more mine. Also I’m blogging again, which I wanted to get back to for ages now, but Instagram fulfilled my need for sharing my thoughts and stories. Now, that I’m not there it’s easier for me to open my blog and just write what’s on my mind here.

I don’t where it will lead to. I’m just focusing on other things right now and I’ll see where I’m at when the time comes.

Are you on Instagram? How do you feel about it?

I also write a bi-weekly newsletter on Substack if you interested.

This site uses Akismet to reduce spam. Learn how your comment data is processed.

This book! I’m not sure what to tell you about it apart from that I want it to last forever and was very disappointed that it ended.
Poppies!
My plans for the next two (well, maybe a bit longer) months. Plus lots of writing and being outside as much as possible. Luckily all those things combine really well.
Back on my walks. I’ve missed this.
To tell you the truth I still don’t know what to tell you about this book. I loved the premise, the execution of it was fine, but it didn’t make me love the book. Maybe it was too poetic?
Clarity, knowing what I want exactly and what I’m not prepared to do anymore. This is the result of the last week. It’s good. Very good even. I’ve realised that I know very well what I want from my life and how I want to live it. And that I’m not prepared to give up on it to fulfil someone else’s expectations.
Let’s talk about Mrs England. Have you read it? Tell me your thoughts.
I wanted a garden full of flowers and I have one now. I’m very pleased with it. All the pollinators too.
All my birthday books together. I’m so very pleased with all of them.